Pulse Media Technology, Inc. is proud to announce that it is now a registered Windows developer. Their Windows 10 Universal Windows Platform apps and add-ins will be listed in the Microsoft marketplaces including the Windows Store, Office Store, Azure Marketplace, and more to come. Windows 10 UWP apps can run on all devices running Windows 10: PC, phone, tablet, Xbox One, and Hololens.

There is a bit of a revolution going on in media production. It’s been going on for years, and accelerating logarithmically. The things I am doing on my PC today with affordable software needed to be done on university mainframes with software that cost a fortune when I was in college in the 70s.

A good example is motion capture, an area that PMT has just recently begun offering as a service. The expansion of computational photography made it possible for a software application to perform spatial analysis of numerous cameras to determine where each of the cameras is located in 3 dimensional space. Knowing this, it can then map the movements of an actor performing in that space onto a biped skeleton which can then be exported to programs such as MotionBuilder or Maya to be mapped onto a digital biped character and placed in a virtual world of the animator’s creation. The technical aspects of this fascinate me.

But there is another aspect that is equally fascinating: The role of the motion capture performer. The performer is performing in a warehouse or stage, there are no costumes or props, yet they put themselves in the mindset of the end product of the performance: a silverback gorilla pounding his chest in the rainforest, an NFL wide receiver doing a victory dance in the end zone of the NFL super bowl, Psy doing the Gangnam Style dance in the trendy Gangnam District of Seoul, South Korea.

This is a great sport for the imaginative mind of the motion capture actor.

Remember when Journalism was not Entertainment? 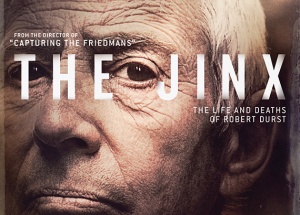 The HBO program The Jinx raises some interesting questions about where the lines exist among  the genres of documentary,  true crime dramas, reality TV, and entertainment.

In my opinion, documentary film making is a form of journalism.  It should convey the truth with ethics, accuracy, clarity, aggressive research and reporting.

The Jinx ended Sunday with Robert Durst confessing to murders the police in 3 states have suspected him of for years.  His audio from a live but forgotten mic worn in the bathroom recorded him whispering to himself: “What the hell did I do? Killed them all, of course.”

Andrew Jarecki’s six-part HBO series was subtitled The Life and Deaths of Robert Durst.  The series laid out the evidence against the 71 year old millionaire for the disappearance of his first wife, Kathy Durst  in 1982, the 2000 murder of his friend Susan Berman,  and the killing and dismemberment of his neighbor Morris Black in 2001.

While this program assumed the role of the prosecutor,  my opinion is that a documentary should not have a biased position.

One should value clarity of facts over withholding information for dramatic effect.  A case in point is that it is claimed that this bathroom recording was just recently discovered, when the recording was made 3 years ago and it happens to be released at the finale of the show.

One could go on with many more examples, but let me summarize by saying that Andrew Jarecki is not a documentary film maker by trade.  In fact he has told this Durst story before, as fiction.  He made a film called All Good Things with Ryan Gosling, released in 2010, which was a fictional portrayal of the Robert Durst story.

In today’s world I believe that the line between journalism and entertainment has become quite blurred, and The Jinx is another manifestation.

Information should be free / Artists work should be protected

How do we walk this line?

There is a certain tension between the Internet’s desire for sharing information and media and the copyright laws which protect the author of creative material.

Collaboration and user supported software have revolutionized the way technology is developed.  Companies like Epic have released their Unreal Project game development tool for free, this may be a matter of give them the camera, sell them the film, since they sell a lot of assets for game creation. They also collect a 5% royalty upon release of your product.  https://www.unrealengine.com/what-is-unreal-engine-4

Creative Commons licensing is an extension to the copyright that specifies the terms of sharing.  It allows the creator to provide the terms of the license and it creates both human readable, and digital licensing on one’s website content or a stand alone document like a PDF or an image.

Read about it, use the license chooser wizard, share and protect your work with the terms you specify.

We live in a world where we are tracked by our cell phone, credit card, license plate, video surveillence, and our data footprint.

This, most of us believe, is a bad thing.  Privacy is a good thing.

But data tells us things.

The unexamined life is not worth living.
– Plato

I happened upon this:

then I ran this: